The Barbershop: A Tourist Attraction

At the beginning of the 20th century, what did a barbershop, a photography studio, and an ice cream parlor in Western New York all have in common?
Answer: They were all owned and operated by the same man, one Frank C. Reikart.
While he was known in Swormville for being a talented local musician and volunteering as a fire fighter, Mr. Reikart also found the time to construct what ultimately became one of the village’s most successful tourist attractions.
When visitors entered the village through Transit Road, they could stop at the small food tent that sat adjacent to the barbershop for a red hot and an ice cream cone.  They could also have their picture taken, and if it was a slow day, Mr. Reikart would entertain his guests by playing his guitar, banjo, or violin.
All in all, he provided an extremely warm welcome to visitors and returning residents alike. 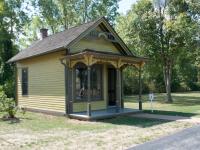 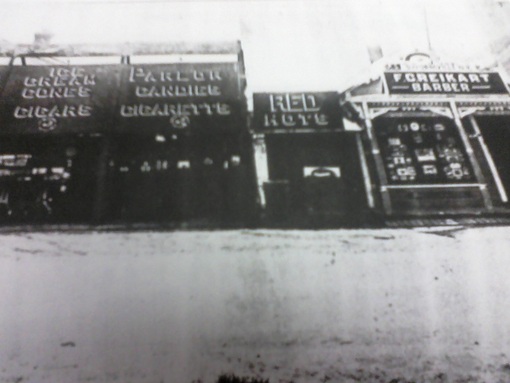 The barbershop and the ice cream stand